“Driving license factories” continue to be a thriving business, with policemen and driving instructors who shake hands to get hefty payoffs for cheating the exam not at all impressed by prosecutors’ investigations and punishments handed down in Pitesti Driving License Services corruption cases , Suceava, Calarasi, Galati, etc.

The anti-corruption police officers from Brașov and Galați have discovered a new method of defrauding the competition for obtaining the driver’s license by introducing a fake candidate into the exam room who “blows” the answers to the questionnaire to the protected candidates.

In this case, the level of the stipend is also a novelty, between 2,500 and 5,000 euros, much higher than the 1,000 euro rate that the stuntmen, athletes and politicians who bought their permits from the Service paid for a permit of Car Permits from Pitesti.

Two days ago, the policemen from the DGA Brașov and DGA Galați under the coordination of the case prosecutor from the Prosecutor’s Office attached to the Brașov Court and with the support of the County Gendarmerie Inspectorates from Brașov and Galați and the “masked” from the Constanța Gendarmerie Mobile Group , carried out 6 home searches of police officers, driving instructors and driving schools in Brașov and Galați and detained 14 people for hearings in a case of cheating the exam for obtaining a driving license.

The first condition: candidates who wanted a driver’s license on the rope, had to move for one year in Brașov County

If in other cases they worked on the principle of “give money, get the goods”, the group from Brașov and Galați had a meticulously worked out scenario. For example, the candidate for the driver’s license taken by the rope had to move to Brașov and keep his domicile there for a year, so as not to give any suspicion that he moved to the city below Tâmpa on the occasion of the exam.

“From the criminal investigation material administered in the case, evidence has emerged that substantiates the reasonable assumption that, between 2013 and 2020, persons without special status, with the support of several driving schools, in exchange for sums of money, established their residence for a period for one year in Brașov county, with the aim of attending the courses of some driving schools and after that to be able to participate in the written test to obtain the driver’s license fraudulently”, says the DGA press release.

The new method: a fake candidate is introduced into the exam hall, who “blows” the answers to the questionnaire to the protégés

The novelty element in cheating the driving license exam is the appearance of a character who ensures success in the theoretical test, where there is the greatest risk of “failing” the exam, because on the “route” things are solved more simply with the help of the examiner, book it can overlook the future driver’s errors and lack of skill. The fake candidate enrolled in the theory test indicates the correct answers to the questionnaire to the protected candidates.

“On the day of the theory test for the actual exam, a fake candidate was present, legally registered, and during the theory exam, he communicated the correct answers to the candidates”, the DGA statement also states.

6 members of the group were detained, who could end up in preventive detention

According to the prosecutors from the Prosecutor’s Office of the Brașov Court, “investigations are being continued under the aspect of committing the crimes of constituting an organized criminal group, intellectual forgery, influence buying and influence trafficking, in connection with obtaining driving licenses”.

The case prosecutor issued detention orders for 24 hours for 6 suspects, who will be presented to the court with a proposal for preventive arrest.

The lack of efficiency of the Police, the Prosecutor’s Office and the courts in combating corruption in obtaining car licenses is proven by the proliferation of these cases and the increase in the fee for obtaining a license.

In Brașov, a car license costs several thousand euros: “the sums of money offered by those who wanted to fraudulently obtain a driving license were between 2,500 – 5,000 euros for each license obtained”, says the DGA press release

In the famous case of corruption from the Car License Service in Pitesti, those who wanted to obtain a license without an exam contacted a friend of the police, after which, in exchange for an amount between 500 and 1,000 euros, they were helped to become the owners of a driver’s license. The most expensive was the permit that an illiterate would receive, which cost up to 3,000 euros. 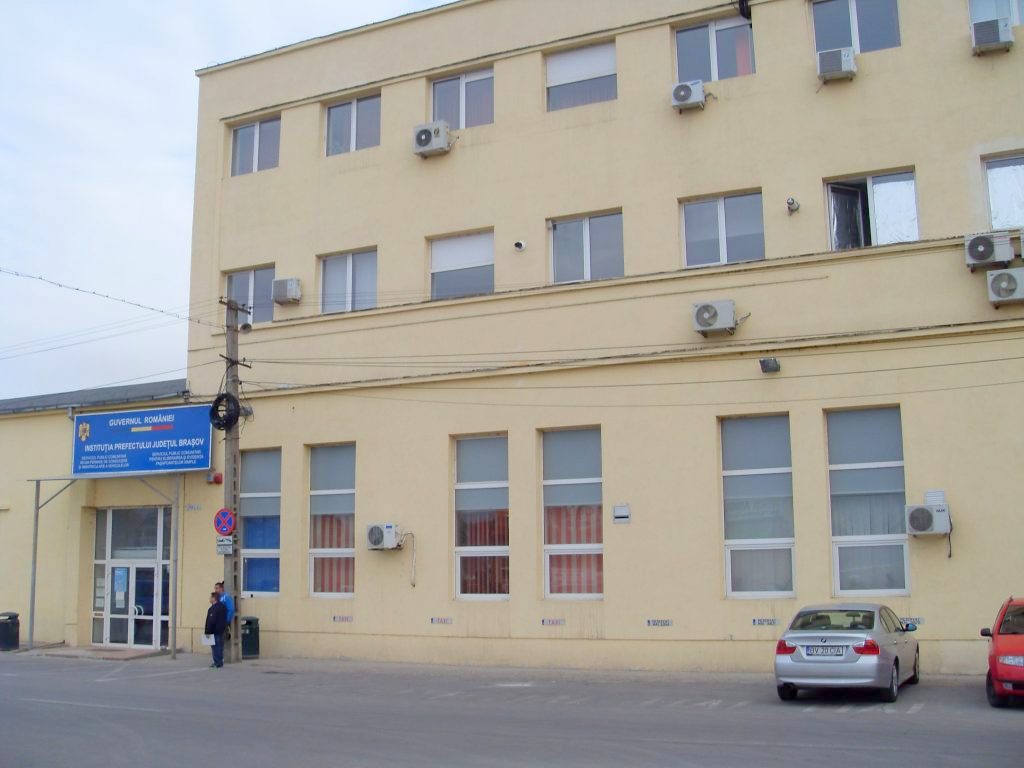 At the Galat, the price of the snack starts from 100 lei, a bottle of drink, food or cosmetics

While in Brașov amounts of up to 5,000 euros are charged, in Galati the level of bribes was at a level comparable to that in Pitesti.

In February 2022, the Galati Court of Appeals definitively sentenced Mitică Petcu, chief commissioner within the Community Public Service Driving Permits and Vehicle Registration Regime Galaţi, to 3 years in prison with suspension for continuous bribery. In total, Petcu had 16 acts of bribery.

Three other people who bribed the policeman received sentences between one year and 6 months and 2 years and 8 months of suspended prison for bribery.

Prosecutors determined that the pay cop only got his pay at his office at the Motor Vehicle License Service and had no preferences, taking whatever. To ensure a candidate’s success in the practical test, Petcu received “a sum of money consisting of 50 lei banknotes (disguised in an envelope)” and collected only 100 lei for a re-examination when re-obtaining a driving license . But he also took bribes consisting of food, alcoholic beverages or cosmetics.

“Acting repeatedly (through 16 material documents of execution), in the period 16.01.2020 – 06.03.2020, the police officer received from various people, directly and for himself, respectively each time in the premises of office no. 5 from the headquarters of the service, various sums of money (some in lei, others in euros), a bottle of alcoholic drink, food products and cosmetics, in connection with the exercise of his duties”, the Public Prosecutor’s Office said in the statement.

Since the Galati Court of Appeal “punished” 16 acts of bribery with 3 years of suspended prison, it is obvious that such a sentence encourages the operation of “car license factories”. The first flight from Brașov-Ghimbav Airport, scheduled for mid-December The Museum of Memories of Communism, inaugurated in Brașov Protest against the closing of the terraces in Piaţa Sfatului, Brașov. People left without jobs on the eve of the holidays The best ski hotel in Romania is in Poiana Brașov Model STATEMENT on own responsibility and CERTIFICATE of employer. Mandatory...