In the 100 meter butterfly event, Alexandra Victorița Bogdăneci missed qualifying for the semifinals. She finished the series in last place, 10th.

David Popovici, left in lane 4, of the favorite, respected his status as the favorite and won the 6th series, with a time of 1:46.87.

Our athlete was first after 50 meters, but after 150 meters he was third. At the end, Popovici forced and finished first.

Popovici qualifies for the semifinals with the second time, being overtaken by the Hungarian Kristof Milak (1:46.26), whom he defeated in the 100 meters freestyle final.

The test semi-final is scheduled from 19:11. 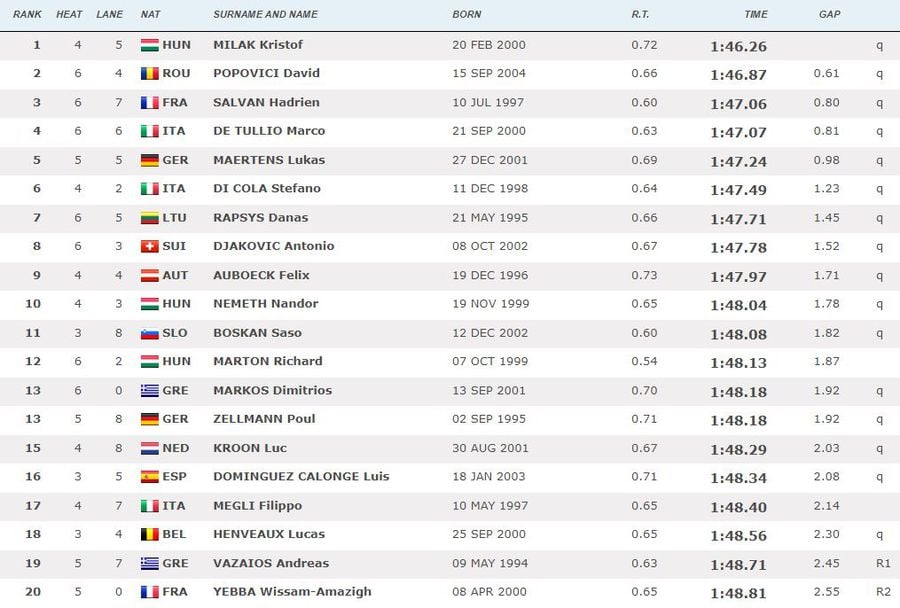 Romania, with David Popovici in the team, competes in the 4×100 meters freestyle event

The next goal for David Popovici

David revealed in an interview with the BBC that his next goal would be to get under 46.00 seconds.

“I wanted to swim as fast as I could, it seems that I succeeded. A dream would be a time with 45 ahead. I also admire Adam Peaty for the way he sets his goals, which for some seems like science fiction, for him it’s possible,” said Popovici.

Britain’s Adam Peaty once set himself a goal of sub-57.00 seconds in the breaststroke, calling the feat “Project 56”, which he did at the 2019 World Championships.

Camelia Potec explains what David Popovici’s result means for Romanian sport: “We only dreamed of this a year ago” Zelensky: Ukraine will not accept any variant of the “Minsk agreements” SHOW in the sky! Northern Lights in Europe and the...