Turkey expects a daily shipload of grain to leave Ukrainian Black Sea ports as long as the “secure corridors” deal remains in place.

These corridors will allow the movement of cargo ships in the Black Sea, a high-ranking Turkish official said on Tuesday, Reuters reports.

These statements come a day after the cargo ship Razoni, loaded with 26,527 tons of corn, left the port of Odesa bound for Lebanon, and on Tuesday at around 07:14 GMT it arrived off the Danube Delta, and is expected to enter the waters on Wednesday Turkish where it will be inspected.

On July 22, Russia and Ukraine signed, in Istanbul, an agreement regarding the establishment of secure lanes in order to allow the export of grain blocked in Ukraine. The agreement will be valid for ‘120 days’, i.e. four months, during which the approximately 25 million tons from the Ukrainian silos can be transported before the new harvest is harvested. The ships and cargo would be inspected in Istanbul, under the authority of the Joint Coordination Center (JCC), which was officially inaugurated last week in Istanbul, according to the agreement signed on July 22 by Ukraine and Russia, with the mediation of Turkey and the UN.

“The plan is for a ship to leave every day,” the Turkish official told Reuters, referring to Odessa and the other two Ukrainian ports included in the agreement. “If there are no problems, for a while exports will take place at the rate of one ship per day,” added the official who wished to remain anonymous. He also said that the departure of the Razoni ship was delayed for a few days due to some “technical problems” that have been resolved in the meantime, and now Turkey expects the “secure corridors” to function without problems.

The cargo ship Razoni, under the Panamanian flag, is expected to arrive in Istanbul on Wednesday morning and will continue its journey to its destination, after the inspections that will be carried out in Istanbul by Russian, Turkish, Ukrainian and UN officials, the Turkish Ministry of Defense previously stated .

After the Russian invasion, Ukraine’s grain exports were reoriented towards road and river transport to Eastern Europe, but traders stress that maritime transport is needed to significantly increase the volume of deliveries.

A number of officials from the Ukrainian presidential administration said that there are 17 ships loaded with 600,000 tons of cargo at the quays of the Black Sea ports. Among them, 16 ships are loaded with Ukrainian grain weighing about 580,000 tons.

The article is part of:

War in Ukraine, day 160. Testimonies from the hell of Olenivka prison

At least three people died on Tuesday morning after Russians attacked a minibus evacuating civilians from the city of Kherson.

Peskov: Russia can do nothing to help with the urgent repairs needed for the faulty equipment of Nord Stream 1

Russia can do nothing to help with urgent repairs needed to the faulty Nord Stream 1 equipment, Kremlin spokesman Dmitry Peskov said on Monday, after further declines in Gazprom’s production and exports.

Washington will send $550 million worth of new weapons to Ukraine

The United States announced Monday that it will send $550 million worth of new weapons to Ukrainian forces fighting the Russian invasion, including ammunition for rocket launchers that are increasingly important in the battle.

Ukraine is investigating 752 cases of treason

The State Security Service of Ukraine has announced that it is investigating 752 cases of treason and collaboration, The Guardian reports.

A man from Ukraine allegedly sexually assaulted the girl of other Ukrainians in Bucharest. Now he is wanted internationally

A Ukrainian, a refugee in Romania, accused of raping a little girl in Bucharest, was given an international chase by our policemen. The magistrates issued an arrest warrant for him for 30 days, but the man is nowhere to be found.

Three people were killed in a Russian bombardment while being evacuated from Kherson in a minibus, the Ukrainian army announced, The Guardian reports.

The first grain-laden ship to leave Ukraine since the start of the Russian invasion is experiencing delays due to bad weather, according to the Joint Coordination Center (JCC) in Istanbul, CNN reports.

Five foreign fighters who joined Ukraine in the defense of the port city of Mariupol will be tried in a trial of the so-called Donetsk People’s Republic (PRD), on the charge of being mercenaries, reports CNN.

British military intelligence announced on Tuesday that an attack on the Sevastopol headquarters of the Russian Black Sea Fleet is the latest in a series of setbacks for Russia.

The Supreme Court of Russia designated, on Tuesday, the Azov Regiment from Ukraine as a terrorist group, a Reuters correspondent said.

At least three people died on Tuesday morning after Russians attacked a minibus evacuating civilians from the city of Kherson.

Russia warns US about nuclear talks. “It will have the most negative impact on world security”

Russia warned the United States on Tuesday that time is running out on negotiations to replace the New START nuclear arms reduction treaty.

Former Russian President Dmitry Medvedev, a regular of vitriolic statements on social networks, announced on Tuesday that one of his accounts had been hacked.

Maria Zaharova warns the USA. What could happen if Russia is declared a “sponsor of terrorism” by Washington

The cataloging of Russia by Washington as a “sponsor of terrorism” could lead to the breaking of diplomatic relations with the United States, said the spokeswoman of the Russian Foreign Ministry Maria Zakharova. 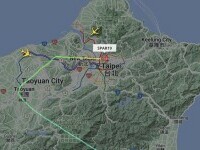 Taiwan is bracing for a potential show of force from China as US House Speaker Nancy Pelosi is expected to arrive on the island on Tuesday evening. 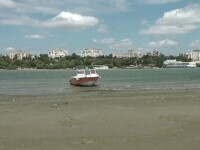 The waters of the Danube continue to decrease. The effects of the drought will lead to higher prices

Due to the drought, the river Danube is still blocked and the traffic of goods is at a standstill that could affect us all. 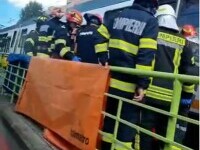 A young woman died after being trapped under a tram in Bucharest. Traffic is restricted

A 22-year-old woman was caught under a tram on Tuesday, on Mihail Sebastian street, the intersection with Calea Ferentari, informs the Capital Road Brigade.

Novak Djokovic out of two events due to U.S. COVID-19 travel...

The case of severe hepatitis of unknown trigger, reported in a...

Joe Biden’s wife left them all speechless. Unexpected gesture made...