Opening of the exhibition The Dacian Fortress from Căpâlna and the Daco-Roman Wars, at the Union Hall in Alba Iulia

On Friday, June 24, 2022, at 5.30 pm, at the Union Hall – Exhibition Spaces, the exhibition The Dacian Fortress from Căpâlna and the Daco-Roman Wars was opened.

The event is organized within the 14th edition of the Festival of Dacian Citadels, which will take place between June 24-26, 2022, in Săsciori / Căpâlna.

The fortress, signaled since the end of the century. 19th century, it was built on several natural and anthropic terraces, and its defensive system consisted of several fortification elements. 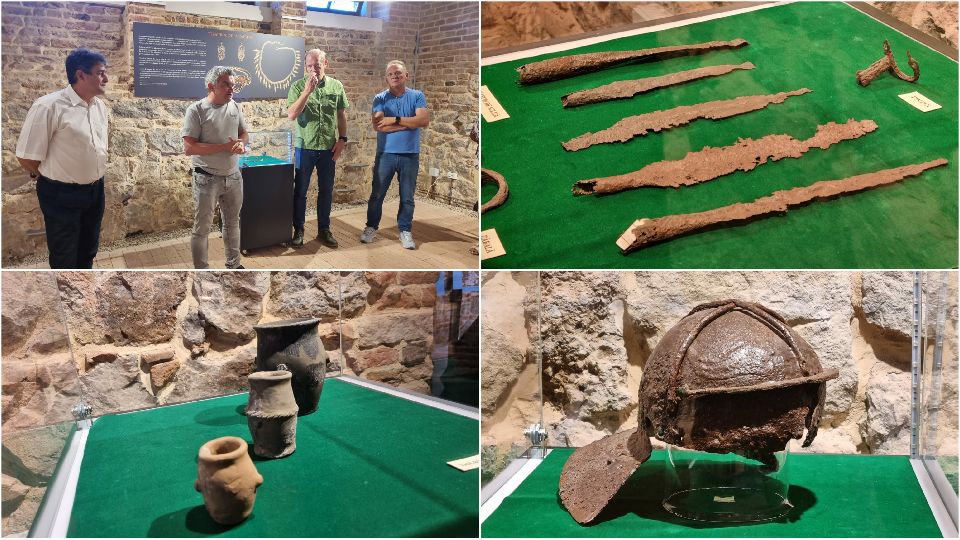 Căpâlna was built in the second half of the century. I BC and functioned until the Dacian wars of Trajan (101-102 and 105-106 AD), with the role of blocking the advance of enemy troops from the east, on the Sebeș Valley, to the Dacian capital, Sarmizegetusa Regia.

Most probably part of the enclosure wall of the Căpâlna fortress was dismantled after the conclusion of the peace in 102, unfavorable to King Decebalus due to his defeat in the first war, and on the eve of the second war this building was rebuilt.

Căpâlna is one of the six Dacian fortresses in the Șureau Mountains included in 1999 in the UNESCO World Heritage List. Sarmizegetusa Regia, Costești – Cetățuie, Costești – Blidaru, Luncani – Piatra Roșie, Bănița and Căpâlna were part of the defensive system of the Dacian Kingdom, which stretched over an area of ​​about 200 km2, being the most complex in barbarian Europe at that time. .

Landscape archeology has made great technological progress in recent years through the use of geophysical and aerial prospecting (LiDAR mapping), and new Roman marching camps have been discovered that monitored the Dacian fortresses in the Șureanu Mountains. This aspect especially illustrates the strategy of the Roman army in one of the most important conflicts in a mountainous area.

Archaeological research has highlighted the importance and monumentality of this Dacian fortress, and the artifacts exhibited on this occasion reflect the development of material culture of that period, such as the Treasure of Căpâlna, consisting of a necklace and two gold earrings, recovered from the poaching of the site. to treasure hunters.

Thus, the protection, restoration and enhancement of the Căpâlna site are priorities in cultural management policies both locally and nationally.

In the exhibition were exhibited a series of artifacts discovered following archaeological research in the area, some being imports from the Roman world. The Dacian ceramic vessels found were made both by hand, especially those for cooking and on wheels, those used for serving food or storing it.

The organizers of the event are the Alba County Council, the National Museum of the Alba Iulia Union, the “Augustin Bena” Culture Center in Alba Iulia and the City Hall of Săsciori Commune. The first country in Europe to administer 4 doses of vaccine

Lithuania gives 1,000 euros to each migrant who chooses to return...