The Cultural Center of Mioveni, with the support of the City Hall and the Local Council of Mioveni, invites you to the first edition of the music, arts and technology festival, ANALOGUE, which will take place on September 2-4, 2022, on the Făget plateau in Mioveni.

The modern man, preoccupied with his career and social recognition, in constant relation with the digital environment, needs small moments of escapade in the immediate reality, the resumption of the connection with the self, but also with those around him. It needs a readjustment to everything that happens outside the home and to reconnect with the environment.

ANALOGUE Festival aims to “instigate” escapism, escape from the digital world and join the existing components of nature and space outside the city for a more real connection with people who have social concerns, values ​​and common actions. ANALOGUE’s intention is to offer the south-central region of the country a festival with a different experience.

“Since last year, we have set ourselves the goal of expanding our area of ​​activity and addressability in order to be able to cover the entire southern and central area of ​​the country. Analogue Festival is part of this endeavor and we are glad that we received the support of Mioveni City Hall, but also of the sponsors who trusted this project. The festival starts with emotion, but also with ambition, among the festivals and we hope to please the inhabitants of the south-eastern part of the country and beyond. We promise that this is just the beginning of a beautiful friendship … ”, said Alin Călinescu, the manager of the Cultural Center from Mioveni.

For 3 nights and 3 days, the creators of ANALOGUE will surprise the fans of the festival with small escapades, be they visual, or craft / craft or musical, with various genres.

Among those who will climb the Main Stage are the headliners Asaf Avidan, BUG Mafia, Dubioza Kolectiv, Jessie Ware, JP Cooper, Morcheeba, Rudimental and Subcarpathian. In addition to these, among the confirmed artists are: Deliric x Silent Strike, Golan, Irina Rimes, Moonlight Breakfast, Nane, The Motans and zdob and Zdub.

In addition to music, the festival program will be complemented by a series of art & technology activations, but also by other activities (workshops, interactive games, wellness sessions and relaxation in nature), addressed to the public of all ages.

“We are waiting for all those who love music, art and who want to escape in a unique space, here, on the Făget plateau in Mioveni,” added the manager of the Cultural Center in Mioveni.

More than 7,000 people from all over the country are expected at the first edition. Early Bird tickets went on sale as a standard subscription or VIP subscription on iaBilet.ro, Entertix and Eventim. Children under the age of 7 have free access, if and only if they are accompanied by an adult who will have purchased a ticket / subscription or who is the beneficiary of an invitation.

ANALOGUE Festival will take place between September 2-4, 2022, on the Făget Plateau (Mioveni). You can find more details on www.analogue.ro.

ANALOGUE is a festival that combines nature with music, arts and technology and brings up current issues such as sustainability, the limits of digital and interpersonal relationships. The first edition will take place on September 2-4, on the Făget plateau in Mioveni, with the support of Mioveni City Hall and the Mioveni Cultural Center.

The main partner of the festival is George, the first smart banking in Romania, a BCR innovation. George is a complete digital financial ecosystem, offering 100% online, mobile or desktop, all daily banking services, even the most complex. With over 1.3 million users in Romania and 7 million in other Central and Eastern countries, George has become the most popular digital banking platform in Europe and is a partner with some of the largest festivals and cultural events in Romania. 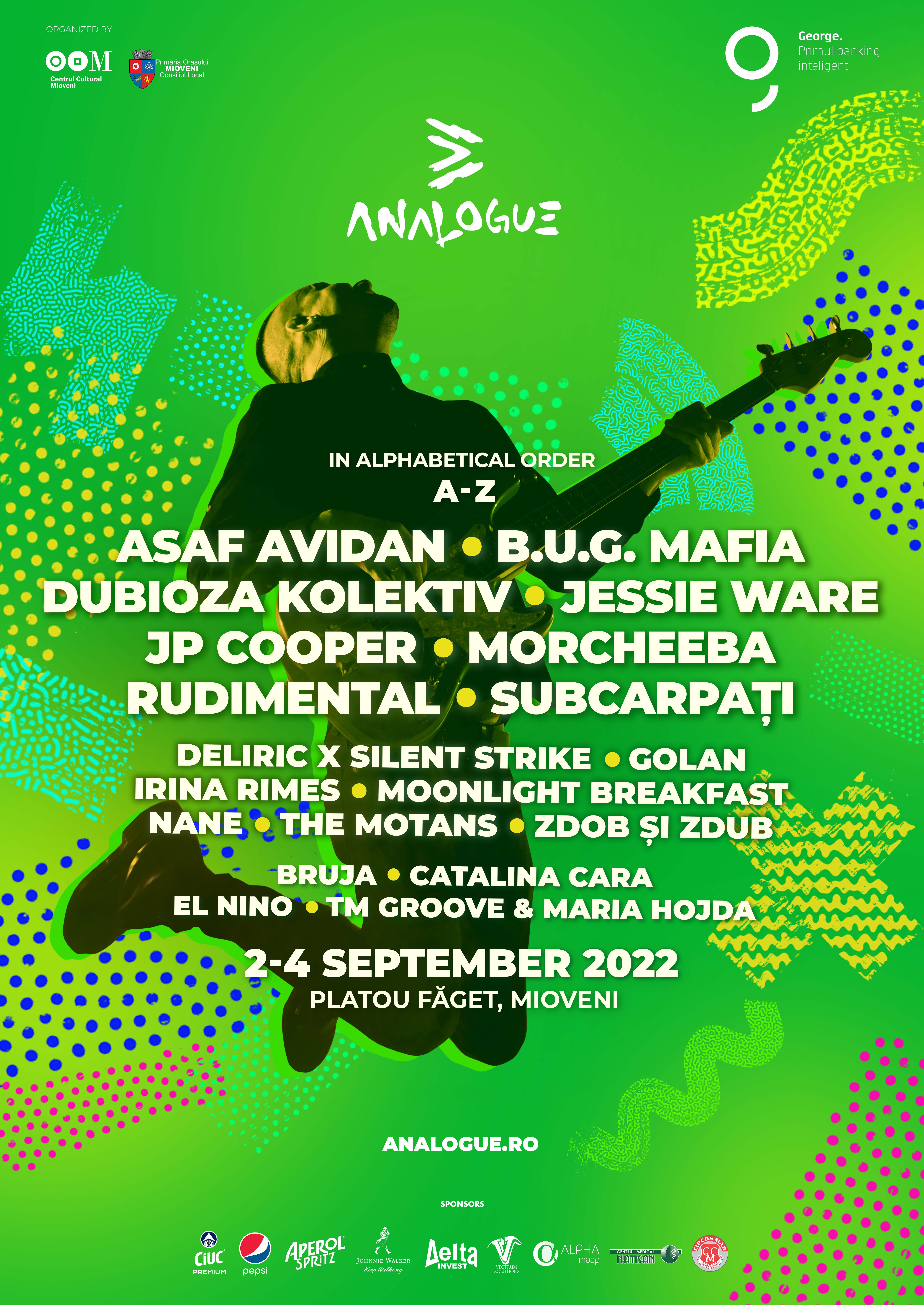 The FEFS women’s handball team from “Ovidius” begins the developments at... Start in the debut stage of the new Promo Rally season... Brasov sets up Student Council to take an active role in...