This region of law belongs to the Republic of Moldova, but in fact, due to the frozen conflict since the early 1990s, it is a state within a state. Joint exercises of the Transnistrian separatist army and Russian troops are held here annually, the aim of which is always the capital of the Republic of Moldova, Chisinau. Transnistrian leaders often boast that in 24 hours they can reach the Prut River, the border river between Moldova and Romania, ie the eastern border of the European Union and NATO.

When the Republic of Moldova introduced a neutrality clause in the constitution three years after independence in 1994, it was linked to the hope that Russian forces stationed in the Soviet Union would withdraw from its territory. However, this was a bad result. After 30 years, Russian troops are still stationed in Transnistria, and about 20,000 are still stationed in Kupasnia. Tons of ammunition remained from the former Soviet 14th Army. Despite numerous agreements, both bilateral and international, Moscow remains opposed to emptying the depot and withdrawing its forces so far.

The price of neutrality

A poll on the streets of Chisinau on February 16 this year – the day the West was counting on the Russian invasion of Ukraine – revealed a multilateral picture of the situation. Most people remained calm and informed that day. Some saw Ukraine as a protective shield for Moldova, while others resignedly said that Moldova has no chance in the event of Russian military intervention, as its army was too weak to oppose it. “They said no one would be able to defend themselves against the Russians.”

Some Moldovans see help from the other side of the Prut in Romania. Many of them, with the exception of Moldova, also have Romanian citizenship and, therefore, have an EU passport. They hope that Romania, as a member of NATO, will defend them, although no one really knows how this will happen. This assistance is absolutely unrealistic, because according to Article 5 of the North Atlantic Treaty, NATO members are obliged to provide assistance to an attacking member of this alliance, and the Republic of Moldova is not a member of NATO.

A military parade in Tiraspol, the capital of the Transnistrian separatist region, April 2019.

Already in 2014, during the annexation of Crimea by Russia, NATO announced that it would not participate militarily in this conflict. However, Moldova needs a security guarantee, says former Defense Minister Viorel Ciputaro, who is calling for a joint defense agreement between Moldova and Romania. He notes: “Such an agreement already exists between NATO member Turkey and Azerbaijan. So it could be possible in our case, because we need additional security guarantees for our citizens.

For the leadership of the separatist Republic of Moldova, Transnistria, such a discussion offers another opportunity to address the threats against Chennau. Vadim Krasnoselsky, the president of Transnistria, which is not recognized by most countries in the world except Abkhazia and South Ossetia, said that any cooperation between Moldova and NATO would lead to escalation. This pro-Russian politician also refers to the alleged aggressive tendencies in Moldova.

The energy crisis is hampering politics 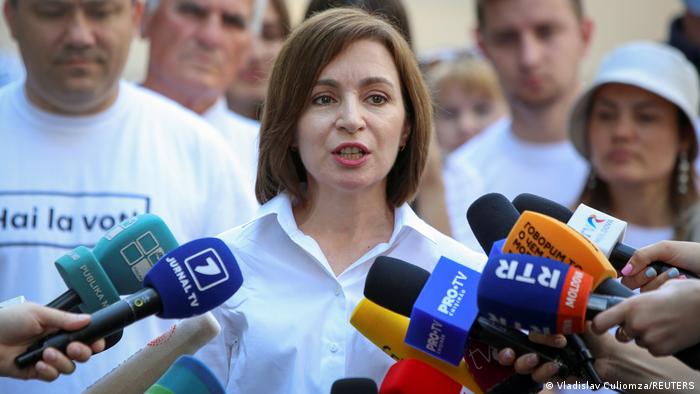 Chisinau speaks a little softer today. Among other things, because Moscow, demanding exorbitant taxes on gas supplies to Moldova, plunged it into a deep economic crisis. However, the Speaker of the Chisinau Parliament, Igor Grosso, is trying to remain somewhat optimistic. He said in an interview with DW: – We are following closely the alarming developments in the region and continue to count on the support of our Western partners, especially Romania.

The Republic of Moldova signed an association agreement with the European Union in 2014, and since the change of government in Chisinau it has once again become a model member of the Eastern Partnership.

However, Moldova’s rapprochement with the European Union is not without its problems. Her society, despite the pro-European path of President Sandow and her government, remains divided. Most of the Moldovan population speaks Romanian, about 40 percent want to be incorporated in Romania, and the number of supporters of such a solution is constantly growing, among other things due to Romanian economic aid, and more recently due to Romanian assistance to Moldova in the coronavirus pandemic.

Instead, there is a strong pro-Russian minority in Transnistria and a Turkish-speaking minority in the Gugaz Autonomous Region. Both regions are working hard to get closer to Russia. The young generation of Moldova is skeptical about the evolution of the situation in the country and seeks their happiness in exile, especially in Western European countries. Since Moldova’s independence, its population has shrunk by almost a third, and now does not exceed three million.

Greece Travel Receipts up by 309.8% In January

Will Moldova be invaded by Russia? What American and Ukrainian...