Consitrans, which is reviewing the Feasibility Study and the implementation of the Technical Project for the Ploiești – Comarnic – Brașov highway, said that the design of the highway is not blocked, as former Minister of Transport Cătălin Drulă accused a day ago. The company states that the first stage of the multi-criteria analysis, which will also include the selected route, will be submitted to CNAIR on December 13 and explains why it was delayed, although the initial deadline for this stage was August.

The Multicriteria analysis stage 1 (AMC1), performed by Consitrans, will be handed over on Monday, December 13, 2021, to CNAIR, the company reports.

Consitrans responds to the statements made a day ago by the former Minister of Transport, Cătălin Drulă, who accuses that the contractual terms were not respected and that “it seems that the Consitrans consultant is upset and is left to ignore the contractual responsibilities”.

It is degrading for a former minister to accuse a private company politician of “pretending” or “ignoring contractual responsibilities”, according to a right of reply of the company sent to the press.

Consitrans says that the deadline for submitting the Multicriteria Analysis was August 15, but this would not have been possible “due to contradictory information and constraints from Prahova County Council and the Ministry of National Defense, regarding investments on the proposed highway route.”

“The analysis of the Ploiești-Brașov Highway project had to be modified, for example, because the Ministry of Defense initially said that there were no military targets on the route and then changed its mind and announced that the highway overlapped with the training grounds in Predeal and Rasnov,” he said. Consitrans.

“Despite the multiple changes of routes and technical solutions requested by CNAIR, MApN or CJ Prahova, the detailed topographic survey for the area of ​​km 168 + 800 – 173 + 300 and the area of ​​the road junction with DN1, near Codlea, has been completed, following the Geotechnical Theme for this section is submitted for approval, and the Multicriteria Analysis (AMC) is at the end ”, the consultant also transmits.

CNAIR signed in February with SC CONSITRANS SRL the contract of about 16.5 million lei for “Completion / Revision of Feasibility Study, elaboration of Technical Project, for“ Bucharest – Brașov Highway, Ploiești – Brașov section ””. According to the tender from SEAP , the contract has a term of 107 months, broken down as follows:

The revision of the Feasibility Study (last conducted in 2006) basically involves the resumption of many stages from scratch, and the project and the route of the highway will undergo major changes compared to the original variants. An example would be the area of ​​Busteni and Sinaia resorts where the new documentation will have to provide more tunnels to bypass the localities. 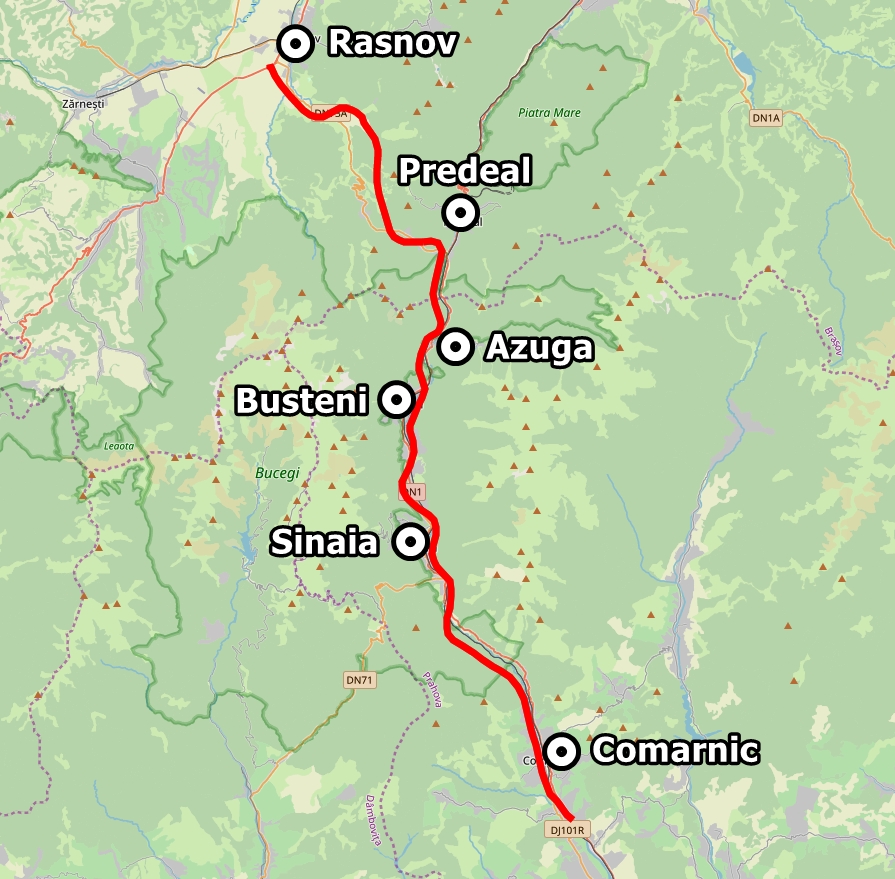 SF would include a multicriteria analysis of the route variants, a traffic study for a perspective period of 30 years, field investigations (geotechnical, hydrological, topographic, archaeological, etc.), an environmental impact assessment, an analysis cost-benefit and the realization of a financial model of the project.

The Specifications show that from Bucharest to Brașov the A3 motorway was sectored as follows:

According to the specifications, “the design speed for the motorway will be 120 km / h, and the platform will be 26.00 m wide, and on the sectors where the relief conditions allow, geometric elements corresponding to the design speed will be adopted. 140 km / h ”.

Constanța surpassed Brașov in the number of tourists in July