At the end of August, the President of Romania, Klaus Iohannis, received Mr. Peer Gebauer, the authorized ambassador of the Federal Republic of Germany in Romania. Simultaneously with the presentation of this letter of accreditation, the German diplomatic environment announced the appointment of a new consul in Sibiu. As readers are interested to know who is the new German consul in Sibiu, we addressed His Excellency Kerstin Ursula Jahn.

– Distinguished Consul, what should we start with? your diplomatic profile?

– My name is Kerstin Ursula Jahn, I am 53 years old and I have been in Sibiu with my husband since the end of July this year. After graduating from the higher education institution of public administration, the foreign affairs department, I started my professional career on October 1, 1990 in Bonn, two days before the Reunification of Germany. I spent a very long time in France, with some interruptions in total for 11 years so far, having positions in Lyon and Paris. During one of these 11 years, I was able to work as a German civil servant on an experience exchange mission at the French Ministry of Foreign Affairs. In addition, I lived in Gdańsk, Poland, in Ouagadougou, the capital of the West African state of Burkina Faso, and spent my professional career in German diplomatic missions there. During this time I worked in Germany for a few years and again lived in both Bonn and Berlin. During the 2011-2014 period, I took a break from a professional point of view and accompanied my husband who was working in the field of development cooperation in Ongwediva, northern Namibia. They are thus more than three decades of “nomadic life” with many and very different experiences. Some difficult, sometimes even painful, but many of them particularly beautiful and full of satisfaction. But I would not want to miss any of this. , I myself am a product of these experiences, and my stay in Sibiu will definitely mark me.

– German elections have brought changes, including externally. What will be the new framework of partnership with Romania and what Are effects and / or changes expected in the diplomatic backlog of the FRG Consulate in Sibiu?

– A reconfiguration of the government has recently taken place in both Germany and Romania. For many years, bilateral relations have been close and trustworthy, which will continue in the same way in the future. Despite the political recalibrations in the two countries, they start from the premise of maintaining a firm continuity and stability in cooperation. Through the “Friendship Treaty” concluded in 1992, our countries have a framework of partnership that has been a vibrant one for the last 30 years. Next year’s anniversary will certainly give us the opportunity to stand out and live the dynamism and richness of relations between our countries.

– You are the second woman in FRG diplomacy to take over consular prerogatives in Sibiu. How do you see your mandate from this perspective? What about the position of Honorary President of the German Economic Club Transylvania – Deutscher Wirtschaftsclub Siebenbürgen?

– On my first presentation visits after the investiture, I was repeatedly told “How nice of you to be a woman”. Of course I was very happy. In fact, it is not a merit in itself to be a woman in this position. But I am grateful to have been born in a time and a region where I have been able and can live largely independently as a woman and where many opportunities have been and are available to me in other parts of the world. are still or are again denied to women. Far be it from me to think of the “typical woman, typical man” categories. I’m not pursuing a deliberately feminine agenda. However, I am sure that the 4 years of my term will probably be characterized by a feminine style of leadership of the Consulate and also by the way we relate to our partners here. There are gender-specific forms of communication, language use, and argumentation, as well as specific body language. It may also be valid in the case of prioritizing the centers of interest. The role of Honorary President of the German Economic Club Transylvania, DWS is first and foremost exactly what the name says: an honor. From an economic point of view, Germany is the largest direct investor in Romania; In the administrative district of the Consulate we have numerous German companies or companies with a significant contribution of German capital. The economic representatives are well connected to each other and some of them already benefit from decades of experience in Romania. However, there are certainly special challenges, such as the lack or exodus of well-skilled workers. In addition, we are currently in the process of changing paradigms: it will be a joy to watch the progress of the transformation towards a green economy (keywords: Green Deal and PRR – Recovery and Resilience Plan) and as President of Honor of the German Economic Club Transylvania.

– The pandemic, but also the international tensions impose new resilience policies. What is Romania’s place? between Germany’s partners in Central and Eastern Europe?

– Romania and Germany are linked by a close partnership. Close cooperation within the European Union and NATO is central to our relations. It is not always easy to overcome internal tensions and differences of opinion between so many Member States and to find and pursue a common strategy. Here Romania has always proved to be a constructive partner and a good mediator and is therefore very valuable not only for Germany but for the entire European Union.

– What will be the perspectives of the collaboration with the military environment from the Sibiu Garrison, in the context of the presence of the new Command of the South-East Multinational Corps?

– By establishing the Command of the South-East Multinational Corps in Sibiu, Romania contributes to maintaining NATO’s leadership capacity in the Black Sea area. Germany is involved as a general observer in the eastern part of the Allied space, so that the German armed forces will contribute to the newly established command. A total of five German soldiers will be stationed in Sibiu, two of whom are already on the scene. The other three will arrive in 2022. For the integration of officers, non-commissioned officers and their families not only in terms of activity within the Command, but also in terms of civilian life, from the point of view of the German Army, Sibiu offers the best premises.

In your opinion What are the aspects that function harmoniously in the German-Romanian relations at the level of the region, and which need to be improved?

– There are, as far as I can see in the few months since I have been here, countless bilateral relations that are also full of life. But many have been hampered by the pandemic, we all know that. In the post-pandemic period, it remains to be seen where the various relationships with the same intensity can be continued without problems and where new ideas and ways must be found. Through the German minority we have a unique bridge builder, especially in our administrative district.

– 2022 knocks on the door. What would be the personal and diplomatic wishes in these moments, special for each of us?

– With the desire to be able to live with the virus without always becoming hostages, but also with the desire to live safely, in broad harmony and good understanding. I wish you and your readers a holiday of peace, health and joy!

At the end of August, the President of Romania, Klaus Iohannis, received Mr. Peer Gebauer, the approved ambassador of the Federal Republic of Germany … 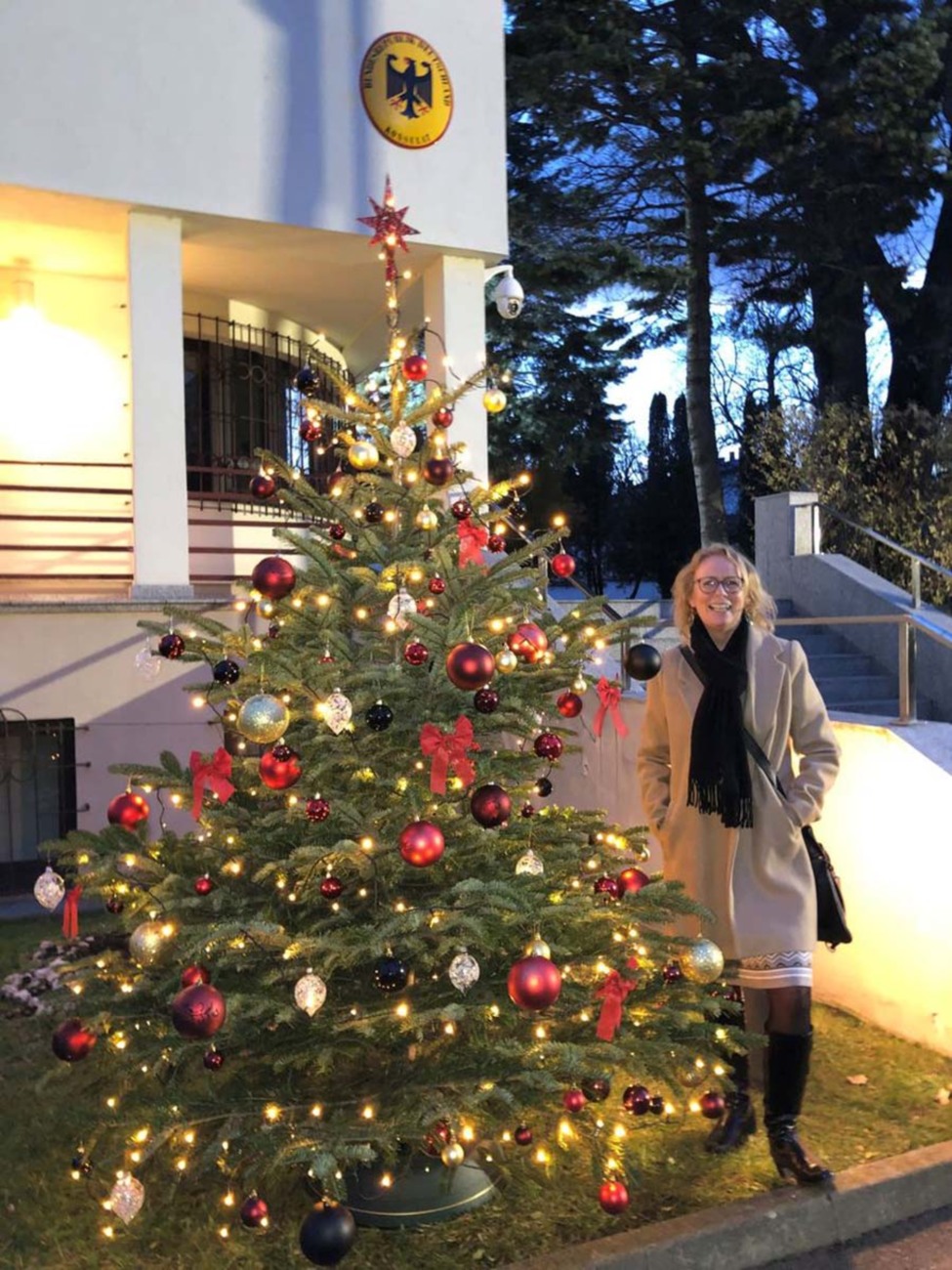 At the end of August, the President of Romania, Klaus Iohannis, received Mr. Peer Gebauer, the approved ambassador of the Federal Republic of Germany … 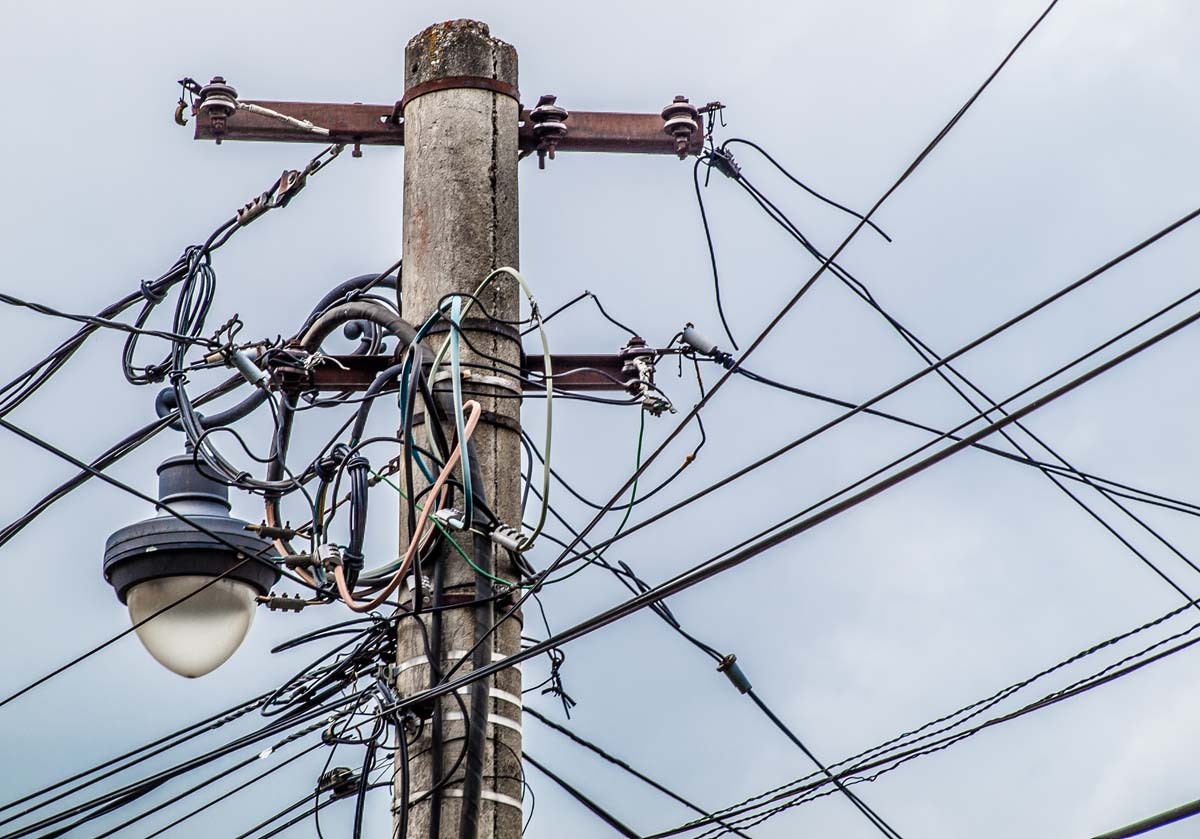 For the execution of some scheduled works, the supply of electricity will be interrupted, as follows: WEDNESDAY, DECEMBER 29 · between …

For the execution of some scheduled works, the supply of electricity will be interrupted, as follows: WEDNESDAY, DECEMBER 29 · between … IMEX Leading the Way on European Meetings and Convention Travel

5 Top Colleges in Romania for International Students – The Romania...

Airlines ordered to cancel flights from the UK amid ‘unacceptable’ travel...