OPPO, a global technology leader, recorded record results in Central and Eastern European countries. They are based on the strategy “glocal”According to which the manufacturer creates a synergy between the company’s global resources and local talents that lead to the development of the most useful innovations and the most suitable products for the needs of users. Details are below.

Data provided by Canalys shows that OPPO recorded the highest increases in this region during the third quarter of 2021. Important developments were noted in Romania (+ 130% compared to last year), Turkey (+ 60% compared to last year) and Poland (+ 44% compared to last year). Thus, the interest of users in OPPO technologies has increased throughout the continent and, implicitly, the positioning of the brand as the fourth largest smartphone manufacturer, with an annual increase of 45%.

OPPO is now present in 11 Central and Eastern European countries, serving over 400 million people. In the last quarter of this year, OPPO recorded multiple record results in key markets in this region. It has thus ranked in the top three smartphone manufacturers in Poland, Turkey, Romania and Ukraine. In the summer of this year, the company also debuted in the Hungarian and Slovak markets, ranking in the top four smartphone manufacturers from the very beginning.

Another important result was recorded in Kazakhstan, where the latest models in the Reno range (Reno5 and Reno6) reached a market share of 31% in the midrange category. At the same time, online sales in Russia have increased by 600% since the beginning of 2021, and in Romania OPPO has reached a market share of 14% in just over a year since its inception, representing a record in the local industry.

“OPPO is a young brand whose DNA is based on the development of innovations. As the brand grows in the Central and Eastern European region, we focus on providing simple and easy-to-use products that allow users to explore their creativity while maintaining their confidentiality. We believe that users in the region appreciate this approach, demonstrated by the company’s success in multiple local markets. “ 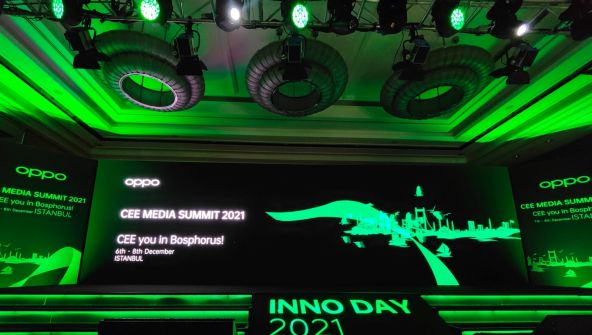 Among the most important investments in the region is the European Testing Center in Romania, where the company verifies the smooth operation of the products, the factory in Turkey but also the creation of multiple specialized local teams. The success of this region will be enhanced by OPPO at the annual INNO DAY event on 14 and 15 December. France’s Accor will renovate the Cubix Hotel in Brasov, Romania, by...