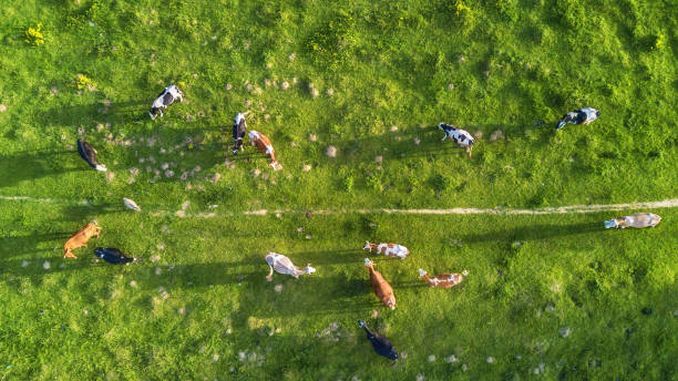 Germany – sued by European Commission for mismanagement of grazing areas within Natura 2000 sites.

As the conservation status of grasslands in Natura 2000 areas has not been improved, the European Commission has decided to refer Germany to the Court of Justice of the European Union. The EU executive announced the decision on Thursday (December 2nd) after the Commission called on Germany from July 2019 to take steps to adequately protect protected areas, especially grasslands.

Furthermore, in October 2020, the European Commission sent a letter to Germany warning of non-compliance with the Flora-Fauna-Habitat Directive (FFH Directive) due to a decrease in the number of hayfields. In order to protect biodiversity in the EU, the Habitats Directive requires Member States to ensure that grasslands, pastures and grasslands are in a favorable state of conservation.

However, the Federal Ministry of the Environment claimed at the end of 2020 that the total number of grasslands in the lowlands and mountains had not changed substantially. Therefore, according to the Ministry of Environment in Berlin, the European Commission referred to incorrect or outdated data, reports the news portal agrarheute.com.

The EU Commission considers that the degradation and, in some cases, the complete disappearance of hayfields in various protected areas have been caused by “unsustainable agricultural practices”. According to the non-governmental organization Naturschutzbund Deutschland (NABU), the EU executive criticizes the fact that, in addition to grassland degradation, no mandatory protection measures have been established, such as restrictions on mowing or fertilizing in these areas.

The statement issued by the European Commission also refers to the European Green Pact and the EU’s biodiversity strategy. Plain and mountain grasslands are an important habitat for pollinating insects and are protected by Natura 2000. However, Germany has failed to provide sufficient legal protection for grasslands, according to the EU Executive.

Naturschutzbund Deutschland (NABU): Farmers need to be supported in the management and maintenance of protected areas

The NGO Naturschutzbund Deutschland (NABU) criticizes Germany for its intensive use, the transformation of grassland and hayfields into arable land, overfertilization and the use of pesticides. According to NABU, about 18,000 hectares of hayfields have already disappeared in Germany. The future government in Berlin and the federal states are now called upon to finally take nature conservation seriously and provide sufficient financial resources for this issue. Farmers should be supported in the proper management and maintenance of grasslands. At the same time, an action plan for protected areas must be developed to ensure consistent implementation, say the organization’s representatives.

Agriculture expert Christine Tolle-Nolting of the Naturschutzbund Deutschland also stresses that EU funding for agriculture must be directed towards ensuring social benefits and that agri-environment measures need to be adapted to the federal states.

“However, the adjustment of the green architecture of the Common Agricultural Policy (CAP) will not take place until the middle of the next legislature, so that the loss of biological diversity will remain uncontrolled,” Tolle-Nolting added. A cemetery in Galați was included in the Cultural Route of... Adrian Văsîi announced the extended group for the U19 European Championship....