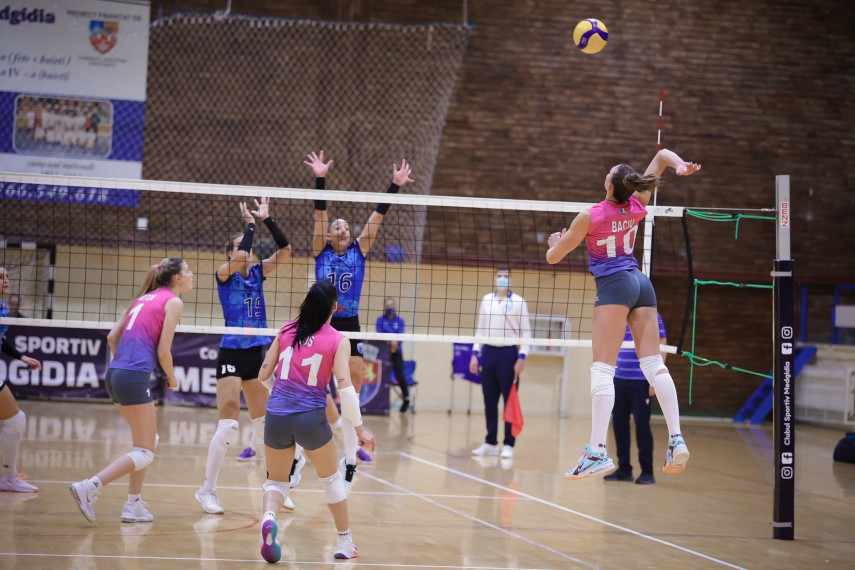 Florin Voinea mentioned that it was a disputed match, the hosts defeating a very good team of the championship. “I am very happy that we managed to raise the level of the game, so that we can get this victory against a very good team. It can be seen that she has invested, they have brought valuable players and she is certainly one of our opponents in the European cup places. We are in the first four – five teams and we want to stay here until the end of the season. This is our goal and we would be very happy to achieve it in the second year in a row “, the technician pointed out.

“It felt like it was a difficult match with CSM Lugoj, I knew we were meeting a good team, let me say the same value as us. I expected to have falls as well, even though I started strong. We wanted to win 3-0 and close the accounts quickly, but knowing them were just as valuable, we expected a good reply from them “, mentioned the volleyball player Alexandra Trică.

In the next stage, CS Medgidia will meet Dacia Mioveni, on Saturday, November 13, at 6.30 pm. “Next is a match against a newly promoted team, Dacia Mioveni, but one with very high demands, which has invested and which has many foreign players. I think we just have to respect our favorite status in this match and maintain an equally high level of play, in order to be able to have pretensions to the three points “, said Florin Voinea. “I don’t like to underestimate the teams we will play with, any team can provide surprises. It is an easier match than the one with Lugoj but it is not the easiest match “, Alexandra Trică also mentioned. Romania no longer has any company in the top 20 in... Biden is holding a summit with Southeast Asian leaders in Washington