A holiday in the mountains, no matter how short, will always manage to relax you, to make you forget about your daily routine and to be able to take a break, breathing fresh air. Even if you have visited Brașov before, this city full of history will surprise you every time.

Brașov is known as the city at the foot of Mount Tâmpa, with Saxon architecture and influences. Tourists rather know it as the host city of the legend of Dracula. But this is also the mountain town that can be reduced to the pleasure of simple walks on the street, welcoming places and unique places where culture and nature are friends in the heart of the country. Here are the tourist attractions you can visit in Brasov.

This is one of the most famous streets in the old center of Brasov. Sforii Street is the meeting place of lovers and one of the narrowest streets in Europe. If you stretch your arms, you can touch its edges. 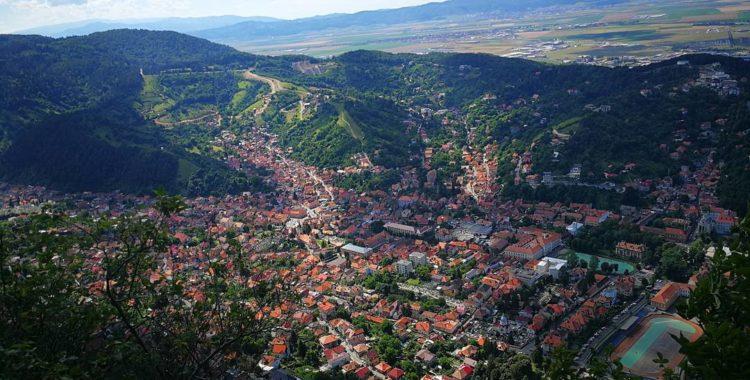 If you arrive in Brasov, you must climb Tâmpa, as long as you are eager to hike. Mount Tâmpa is part of the Postavaru massif and is almost entirely surrounded by the city of Brasov. But if you are not a fan of hiking, you can choose to go there by cable car. From the 960 m altitude, you will have a dream view from where you will see the walls of the fortress of Brașov and its surroundings. 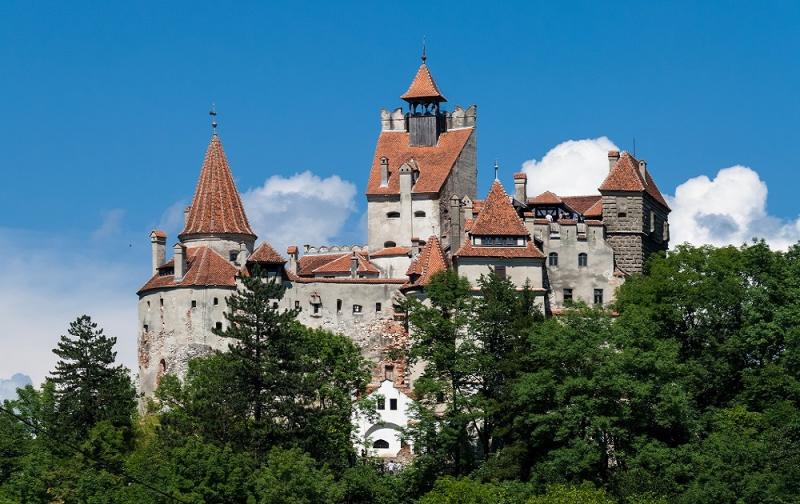 This imposing fortress, which became a royal residence only around 1920, is only 30 km from Brașov. Although known to Count Dracula, this is just a legend. Besides this castle, Bran is still something of a dream in terms of views. 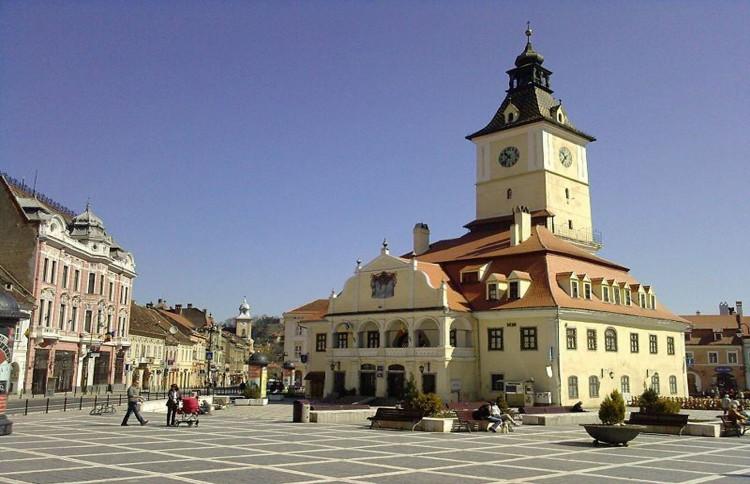 The Brașov History Museum is a very important cultural institution for the city and county of Brașov, but also a major tourist attraction. It has an impressive historical heritage, covering all historical eras. 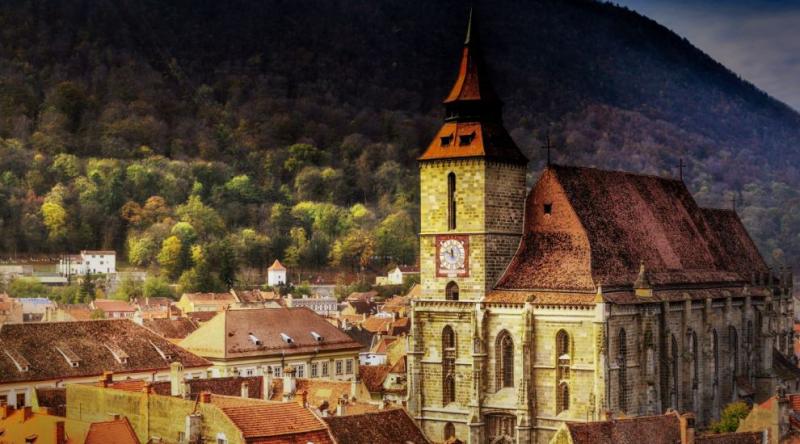 The Black Church is right next to Council Square. Its name comes from the fire that affected it and which then partially destroyed the monument. What you need to know is that this is the largest Gothic church in Romania. Its interior is well preserved, houses one of the largest organs in Eastern Europe and was built by the German community here. 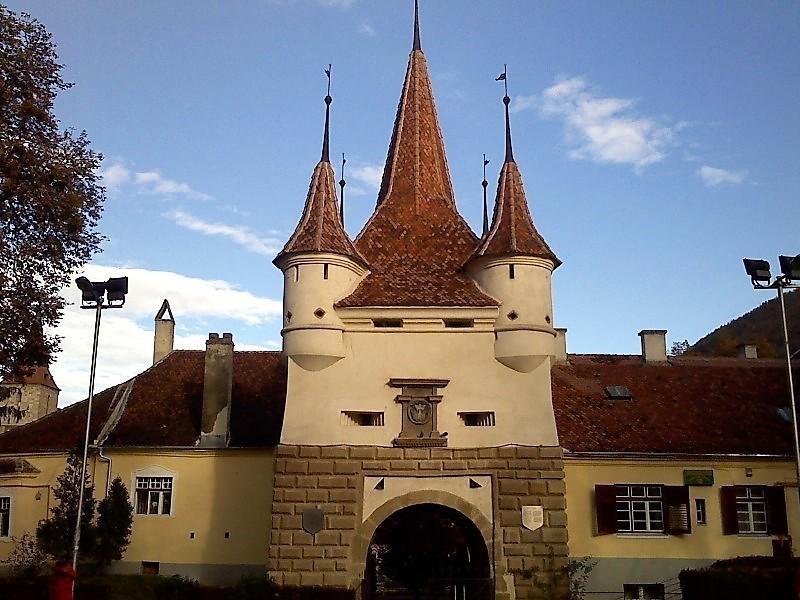 Located in the western part of the old medieval fortress, near the Șchei Gate, the Ecaterina Gate is the only vestige in the city that has kept its original appearance until today. The name of this monument was borrowed from the convent of nuns located there, on Caterina Street.

The gate building is square, flanked at each corner by a turret and is equipped with a mobile bridge with chains that provides access over the water ditch. Inside there were wooden galleries designed for the defenders of the fortress. During the earthquakes and fires of 1689 and 1738, the Catherine Gate was severely damaged. 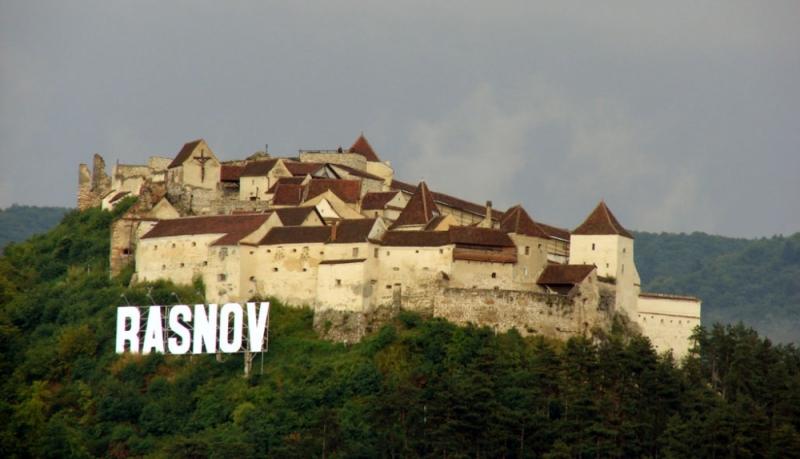 Because Transylvania had to be guarded and because the various hills around the mountains offered the perfect strategic position for such a thing, there are many fortresses in the area. At 15 km from Brasov you will find the Râșnov Fortress which dates from the 14th century and preserves the fortifications even better. Walking through the ruins makes you reach the top, from where you can admire the extraordinary landscape. Various festivals such as the Historical Film Festival, the Medieval Festival or Rockstadt Extreme Fest also take place here. 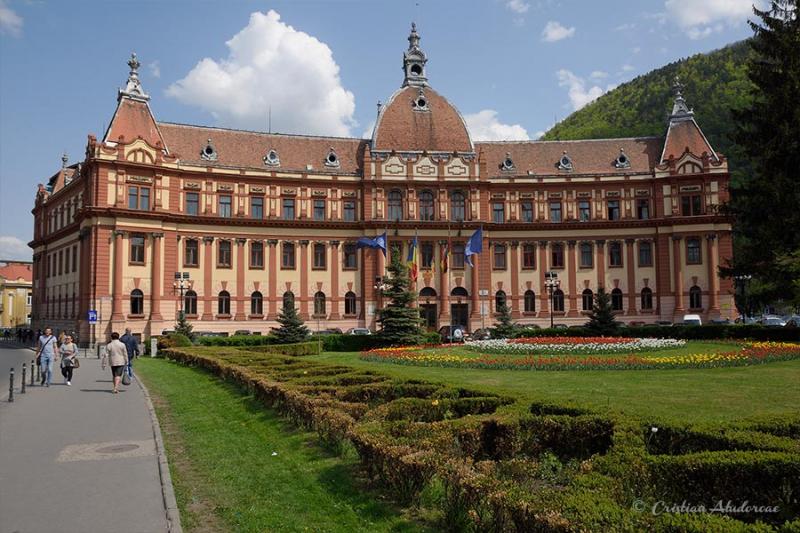 The building of the Palace of Justice in Brașov was erected between 1900-1902 and is included in the List of Historical Monuments in Romania. Built at the request of the President of the Royal Court, Georg von Weer, the building functioned as the headquarters of the Hungarian Court in Brașov, being registered in the land register as “The Palace of the Court, prison and workshop.”

The architecture of the Palace combines elements of Art Noveau style, neo-baroque style and elements of French eclecticism. Today, the Court of Appeal, the Brașov Prefecture and the County Council operate in the headquarters of this building. 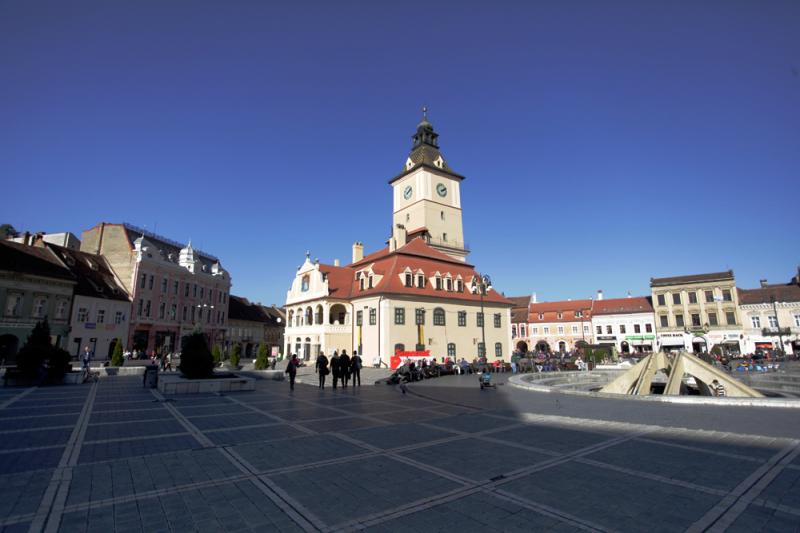 The center of Brasov is not a big one, but you should definitely not miss it. It offers diversity, from the Modarom building, on which you can see the bullets from the revolution of ’89 and continuing on Republicii Street to Poarta Schei. Here you will find the most important historical monuments, as well as the most beautiful cafes, restaurants, terraces and souvenir shops. 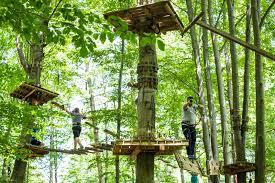 This is the largest Adventure Park in Eastern Europe. Here you will find 15 routes of progressive difficulty, zip line, tree games, many and diverse routes, for beginners and advanced. If you want to spend an unforgettable day in Brasov, you must visit Parc Aventura to try to exceed your limits The route with the highest height reaches up to 20 meters. 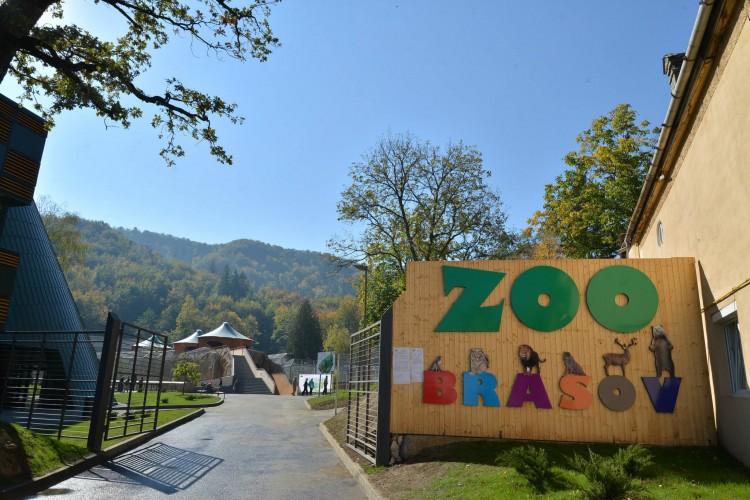 Brașov Zoo is one of the most visited tourist attractions in the city. The zoo is the ideal destination for children, but also for those who want to relax outdoors, in a quiet environment.

This zoo is located next to the forest and lake in the New Quarter, in a secluded and green area. It covers an area of ​​10 hectares and has the characteristics of a natural park, specially designed for the animals that populate it. At the entrance to the zoo there are signs meant to guide visitors to the main attractions. The alleys are also accompanied by benches for rest and relaxation. Within the garden there are about 300 animals of almost 70 species, among which are two white lions (one pair) and camels (two males). 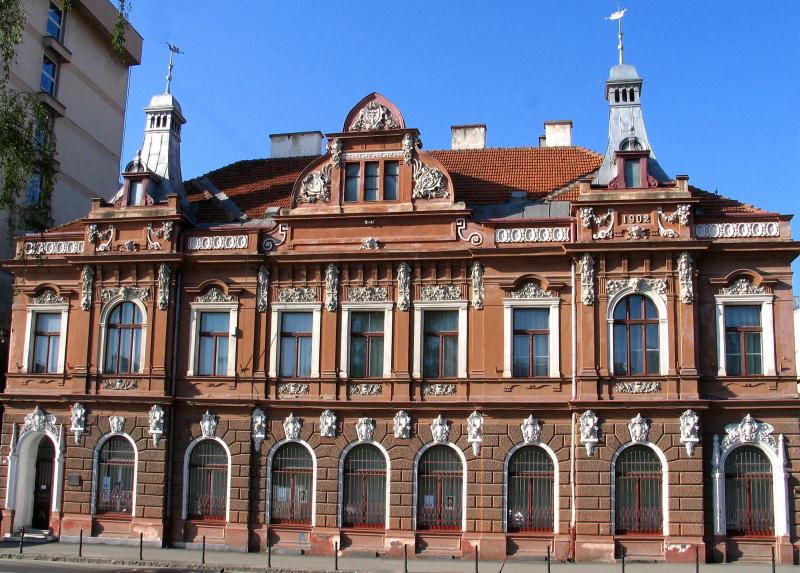 The Art Museum in Brașov was established in 1949 as a section of the Regional Museum. In 1950 it operated in the building of the Council House, and since March 1970 it has established its headquarters in the current location located on the Boulevard of Heroes. The building, built in neo-baroque style, dates from 1902, being the plan of the architect Moritz Wagner. As an independent institution, the Art Museum was established on June 1, 1990.

The museum’s patrimony includes over 4300 cultural assets: easel painting, sculpture, graphics, decorative art, tapestry, icons, oriental carpets, etc. The permanent exhibition of the Art Museum, National Gallery, includes representative works for Transylvanian painting from the 18th-19th centuries and for Romanian art from the first half of the 19th and post-war centuries. The exhibition also brings together works by the city’s most active artists. 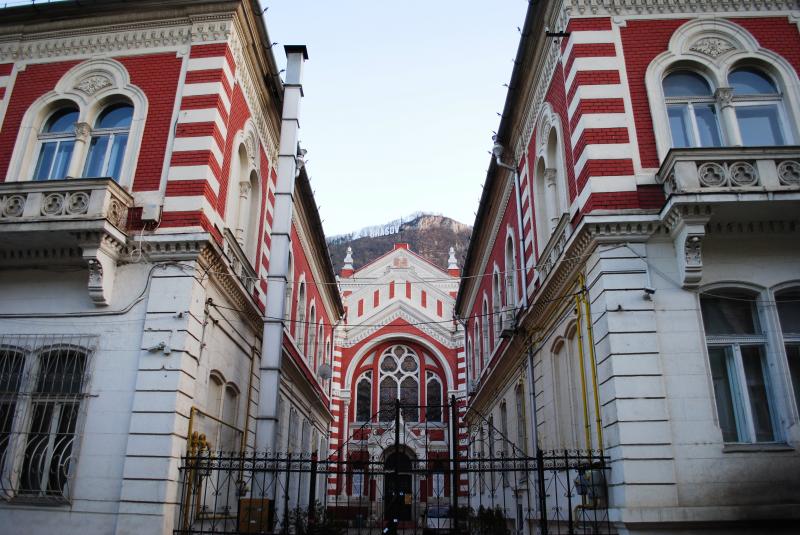 The Neolog Synagogue was built between 1899-1901, according to the project of the architect Leopold Baumhom. The architectural style of this place of worship is eclectic, combining elements of the Moorish, Romanesque and Gothic style. Renovated in 2001 and still used for ritual purposes

The history of this historical monument is linked to the establishment of the first Jewish families in Brașov, in 1807. Formed in the community in 1826, the number of Jews increased constantly, reaching in 1940 the number of 6,000. In 1877, within this community, a religious split took place – Jews of the Orthodox rite and those of the Neolog rite. 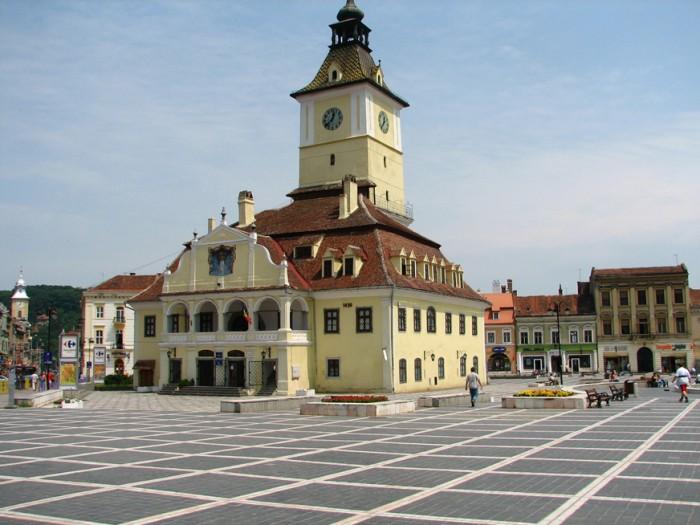 Documentarily attested in 1503 under the name Praetorium, the Council House in Brașov initially fulfilled the function of a watchtower, and as the city developed, the building will house the City Hall.

The history of this building is linked to the agreement concluded on December 23, 1420 between the Assembly of the Ţara Bârsei District and the fur guild in which the construction of the Council House building was indicated. The invasion of the Turks in 1421 stopped the construction of this building. Over the next few centuries, the building underwent numerous alterations due to damage caused by natural events. In 1780, the building took on the appearance we know today.

At the beginning of the 20th century, there was a proposal for this historical monument to be demolished, but the intense media coverage of this fact stopped the initiative. In 1909 – 1910 the baroque style roof is replaced with the current roof with colored tiles, and from 1950 in the building of the Council House will function the County Museum of History. 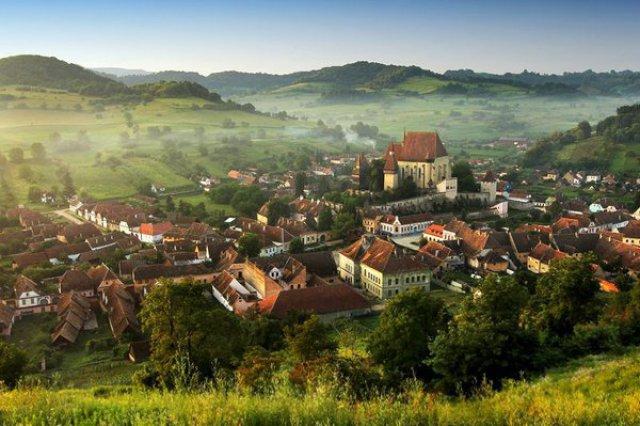 Viscri is one of the most picturesque villages in Romania, and the fortified church here is the main attraction. Became famous after the visits made by Prince Charles of Great Britain, the Saxon village was included in the UNESCO world heritage. It seems like a forgotten place, but everyone here has a well-established order. The cobbled streets, the shutters drawn on the windows and their centuries-old houses speak about traditions, about the authentic Romanian village, unique in this big world.

Landmarks in Sibiu. 12 places worth seeing

Landmarks in Cluj. 12 places not to be missed

DAL TRAVEL: What are the favorite destinations of Romanians for the...