One person died on Sunday afternoon after a violent collision between two cars. The accident took place on the European road 85, between Pătrăuţi and Dărmăneşti, according to monitorulsv.ro.

An Audi car with Iasi numbers and another Toyota brand were involved, and the impact was extremely strong. The first vehicle was thrown into a ditch, and the second overturned on the dome. In total, four people were involved, three were transported to the Emergency Reception Unit of the Suceava County Hospital, and not much could be done for the fourth.

Medical crews who arrived at the scene applied resuscitation maneuvers, but without any success. Two SMURD ambulances (EPA and TIM) of ISU Suceava were sent to the scene, as well as two crews of the Ambulance Service of Suceava County. 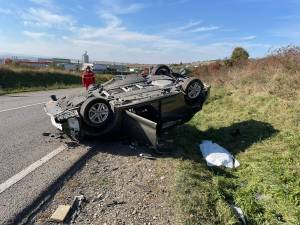 Traffic on European Road 85 was disrupted for many minutes and huge queues formed. Police have launched an investigation and are trying to find out who is to blame for this fatal accident. 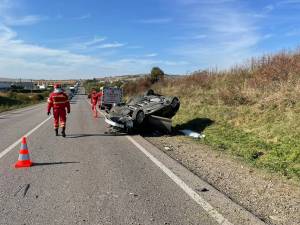 Will the pandemic change the order of issues? – Waking...