After the creation of two of the largest festivals in Europe, in Cluj-Napoca and Constanța, the creators of UNTOLD and Neversea are preparing a new entertainment concept, especially for the resort Poiana Brașov, to develop the region in the most desired mountain destination for young people, from Europe. A wellness and entertainment destination active 12 months a year, highlighting the wild mountain landscape and natural attractions. This entertainment concept will be based on the specifics of mountain tourism, but also on the tourism development strategy of the region and will include several types of experiences, including two festivals with summer and winter themes, as well as other leisure concepts. semi-permanent. This project aims to transform Poiana Brașov resort into one of the most attractive in Europe. The project will be fully funded from private funds by the organizers UNTOLD and Neversea.

The UNTOLD universe expands in this way with a new original concept, which will annually attract hundreds of thousands of tourists, both in Poiana Brașov and in the region. UNTOLD representatives turned their attention to the mountain resort with the cleanest air in Europe – Poiana Brașov and submitted to Brașov City Hall a long-term strategy with a complex entertainment concept that would increase the number of foreign tourists during the week, both during in winter as well as in summer. In addition, the project aims to become a new pole of interest for the citizens of Brasov, to help develop local resources and to have a regional economic impact.

Brașov City Hall analyzed a series of proposals submitted by other event organizers, and finally the project submitted by the creators of UNTOLD and Neversea was selected, being the closest to the development strategy of the city and the resort. Thus, the collaboration proposal was voted unanimously in the Local Council of Brașov Municipality, during the meeting that took place on Wednesday, September 29. In this way, the organizers of UNTOLD and the municipality of Brașov join hands to offer the people of Brașov and not only, the most attractive mountain resort in Europe and to build a special concept of events that will place Poiana Brașov in the world top of events. Thus, the creators of the biggest festivals in Romania will also contribute here to the promotion of local values ​​and to the increase of the number of tourists. ,, With each concept created, we managed to climb Romania in the world top of entertainment and we attracted, every year, hundreds of thousands of tourists from all over the world to Cluj and Constanța. At the same time, we always want to promote and support local communities. We have strategic contributions everywhere we implement our concepts, not only through the projects we do, with all the pluses we bring (economic, local, tourist impact, international image, social involvement), but also by the fact that we understand each place and we propose a strategy that makes the best possible value of the respective area and brings as many benefits as possible to all stakeholders. We have been exploring for a long time to expand our concepts to the mountains and we are glad that we found a long-term vision from the local authorities in the most visited winter resort in Romania! I thank the Mayor and all the local councilors of Brașov Municipality for their unanimous support. We are honored to know that we have the support of all representatives of the citizens of Brasov. We assure them that we will use all our experience to fulfill the vision of transforming Brașov into the most desired mountain destination in Europe by young people ”said Bogdan Buta, CEO of UNTOLD UNIVERSE.

Discussions for organizing events in Poiana Brasov began with local authorities in 2020. After several meetings with representatives of the municipality and the hotel industry to understand the specifics of the area, the organizers UNTOLD and Neversea submitted a concrete plan to the municipality. 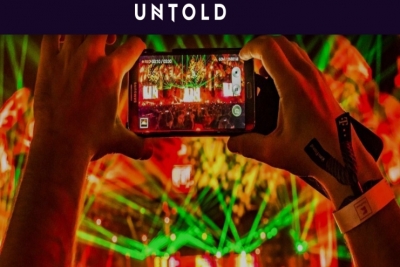 ,, We are glad that we managed to bring together new organizers with experience and proven results, to help us transform Poiana Brașov into the most visited mountain destination for young people in Europe. I am confident that the strategy proposed by UNTOLD UNIVERSE will bear fruit in 2022 and that we will collaborate with the Brașov community, so as not to alter our natural heritage, but to capitalize on it as intelligently as possible, “said Allen Coliban, Mayor Brașov. The Hoteliers Association from Brașov also had a huge interest in this project, which has asked the creators of UNTOLD and Neversea many times to organize events in the area that will attract tourists during the summer as well.

The Timișoara festival, which will take place in 2023, is also being prepared

At the moment, the UNTOLD universe has three active international projects: two of the largest music festivals in the world, UNTOLD and Neversea, and Neversea beach. The festivals bring every year, in Cluj-Napoca and Constanța, tens of thousands of foreign tourists from all over the world and hundreds of thousands of participants from all over the country. The local economic impact of the two festivals in 2019 exceeded 75 million euros. Neversea Beach, the most attractive beach on the Romanian coast, had a traffic of tens of thousands of people this season. The festival in Timișoara is also being prepared, which will take place in 2023, when the city is the European Capital of Culture. Over the years, the UNTOLD and Neversea line-ups have featured the world’s best artists: Robbie Williams, The Prodigy, Ellie Goulding, Black Eyed Peas, Jason Derulo, Dua Lipa, Rita Ora, The Script , The Chainsmokers, David Guetta, Martin Garrix, Armin van Buuren, Steve Aoki, Kygo, Avicii or Marshmello.